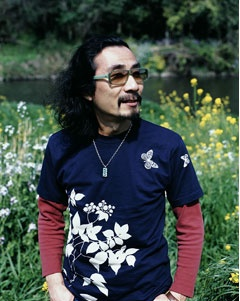 Kow Otani (大谷 幸, Ōtani Kō?, born May 1, 1957) is a Japanese composer of anime, films, and video games. He is best known for creating the soundtracks to several Gamera films, the movie Godzilla, Mothra and King Ghidorah: Giant Monsters All-Out Attack, Mobile Suit Gundam Wing and for his work on the video game Shadow of the Colossus. He was the composer for the series Outlaw Star.

Kow Otani was born in Tokyo, Japan. After graduating from university, he became a founding member of Yuji Saito's music production company Imagine in November 1986. The company has grown to feature musicians like Kohei Tanaka, Shiro Hamaguchi, Hayato Matsuo, and Shinji Miyazaki, who have become well known for cinematic scoring and orchestration through Otani.

In 1987, he made his debut as an anime composer with the popular manga adaptation City Hunter, which earned him recognition in the industry. He later went on to work on titles such as Spy Games (1988), The Ultimate Teacher (1988), The Yadamura Waltz (1988), and You're Under Arrest (1994). The anime Future GPX Cyber Formula (1991) and Mobile Suit Gundam Wing (1995) and several films in the Gamera series are some of his most well-known works.[1]

Retrieved from "https://outlawstar.fandom.com/wiki/Kow_Otani?oldid=5922"
Community content is available under CC-BY-SA unless otherwise noted.